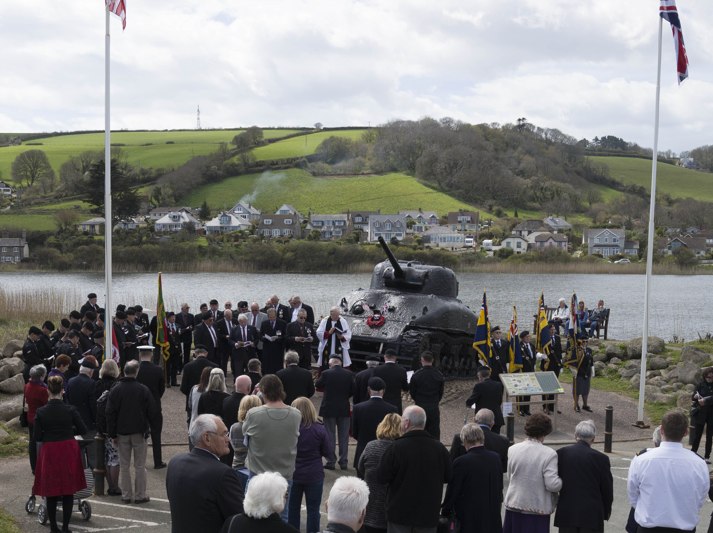 In April at Torcross there is a memorial service for the 946 men who lost their lives on 27 & 28 April 1944 during Exercise Tiger, the practice landings for D day here at Slapton Sands. Exercise Tiger was forgotten after the war until the Sherman Tank was dragged from the Bay by Ken Small in 1984 and placed in Torcross car park as a memorial to the men who lost their lives. Now they are remembered every year.